Skip to Content
back to news...
LGBT+ Bullying In Schools 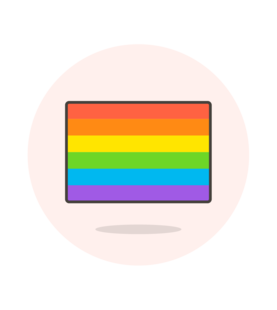 June marks the start of Pride month, a time to celebrate diversity, promote equal rights and recognise the contributions that LGBT+ people have made to the world.

Whilst society has come a long way since the Stonewall riots in 1969, LGBT+ people still face stigma and prejudice in their everyday lives.

This prejudice can start early in an individual’s life, young people who identify as LGBT+ are more likely to be bullied in school and, in 2017, Stonewall found that 45 per cent of LGBT+ pupils in Britain’s schools were bullied for being LGBT+.

This can significantly affect the mental health of LGBT+ pupils when they are older – there is overwhelming research showing the correlation between being bullied as an adolescent LGBT+ person and developing serious mental illnesses later on in life. (Nancy L. Beckerman & Charles Auerbach, 2014)

There has been new legislation brought in this year giving better to guidance to schools about how to teach topics such as LGBT+ relationships and identities to their pupils. Which will help pupils to understand that there is nothing wrong with being LGBT+ and will in turn help to remove prejudices and discrimination.

Since launching, tootoot has supported over 140 students to speak-up about LGBT+ cases ranging from homophobic bullying to name-calling to hate crimes. The number of cases reported on tootoot increased by 144 per cent between 2016 and 2018. Which could reflect that already pupils have an increased awareness of what LGBT+ discrimination is, and are choosing to seek support for it using tootoot.

For Pride month we have created a free toolkit available to the first 100 sign-ups to help your school celebrate pride, improve awareness and make it easier for your students to speak-up.

Your toolkit will include:

P.S. We have a competition for pupils to win a £20 Amazon voucher, deadline for entries is the 21st June. Find out more.